Packed with heart and humour, best friends and girl power 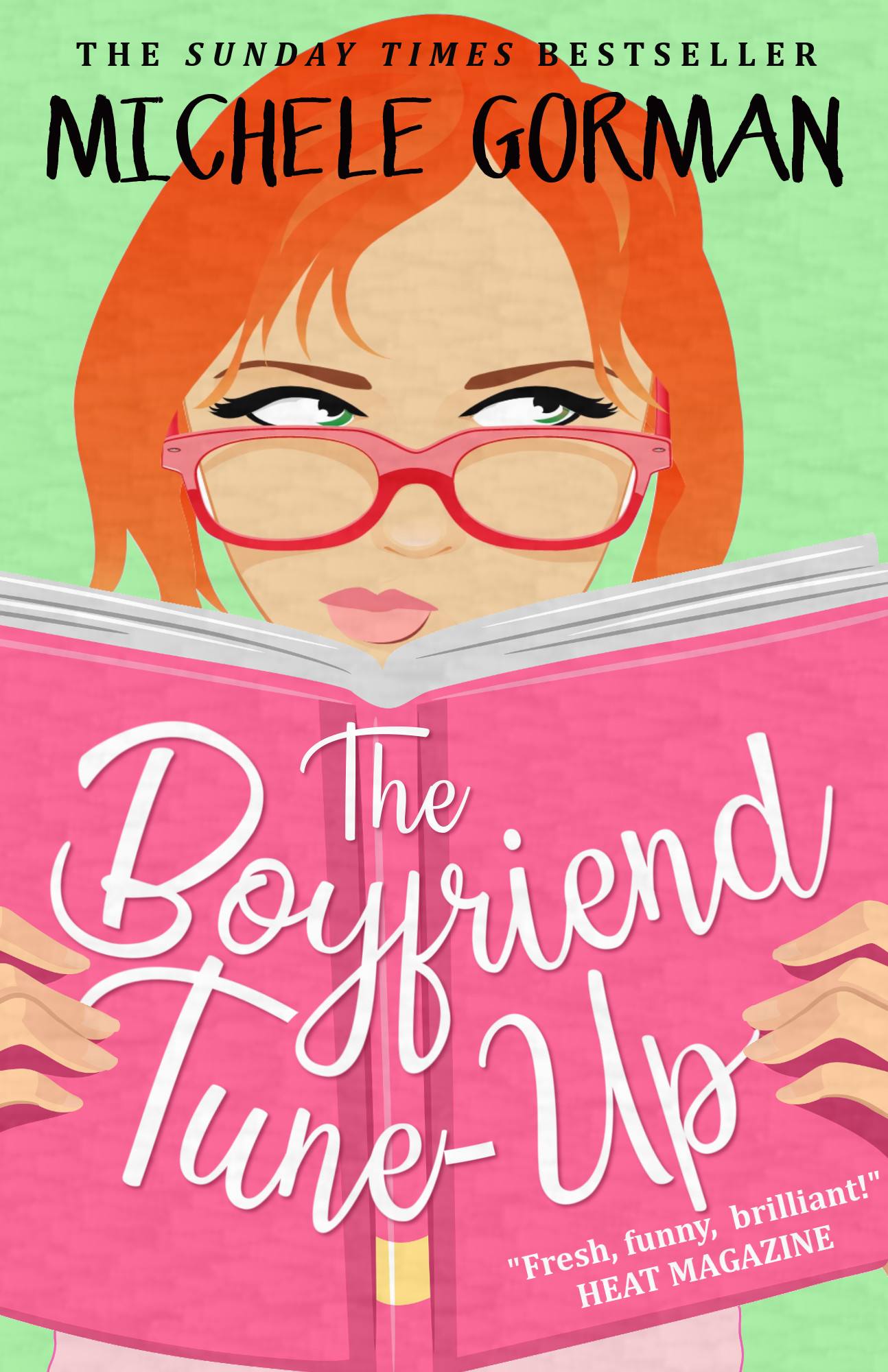 Would you trade in your ex for the chance to find the perfect upgrade?

Catherine's ex-husband and business partner drops a bombshell over their Chardonnay. He’s getting remarried. Catherine has bras that are older than his girlfriend and now he’s selling his half of their romantic upcycling business to the girl. Worse, she thinks she’s going to run Catherine’s beloved company.

Meanwhile, Rachel’s biggest romantic mistake sits next to her at work. They’re friends again after the relationship went disastrously wrong, but they’re pitted against each other to win their firm’s biggest architecture project. So when she joins Catherine’s website, RecycLove.com, where everyone upcycles an ex for the chance of an upgrade, she knows just who she’s going to trade in.

And Sarah can’t be bothered tottering around in painful shoes for another pointless date. Staying home is easier, if a bit lonely sometimes. Besides, her family circumstances don’t leave a lot of free time. She reluctantly joins Catherine’s dating site with Rachel, but as a minor makeover turns into a complete overhaul, will her newfound popularity be worth the sacrifices she’s making? 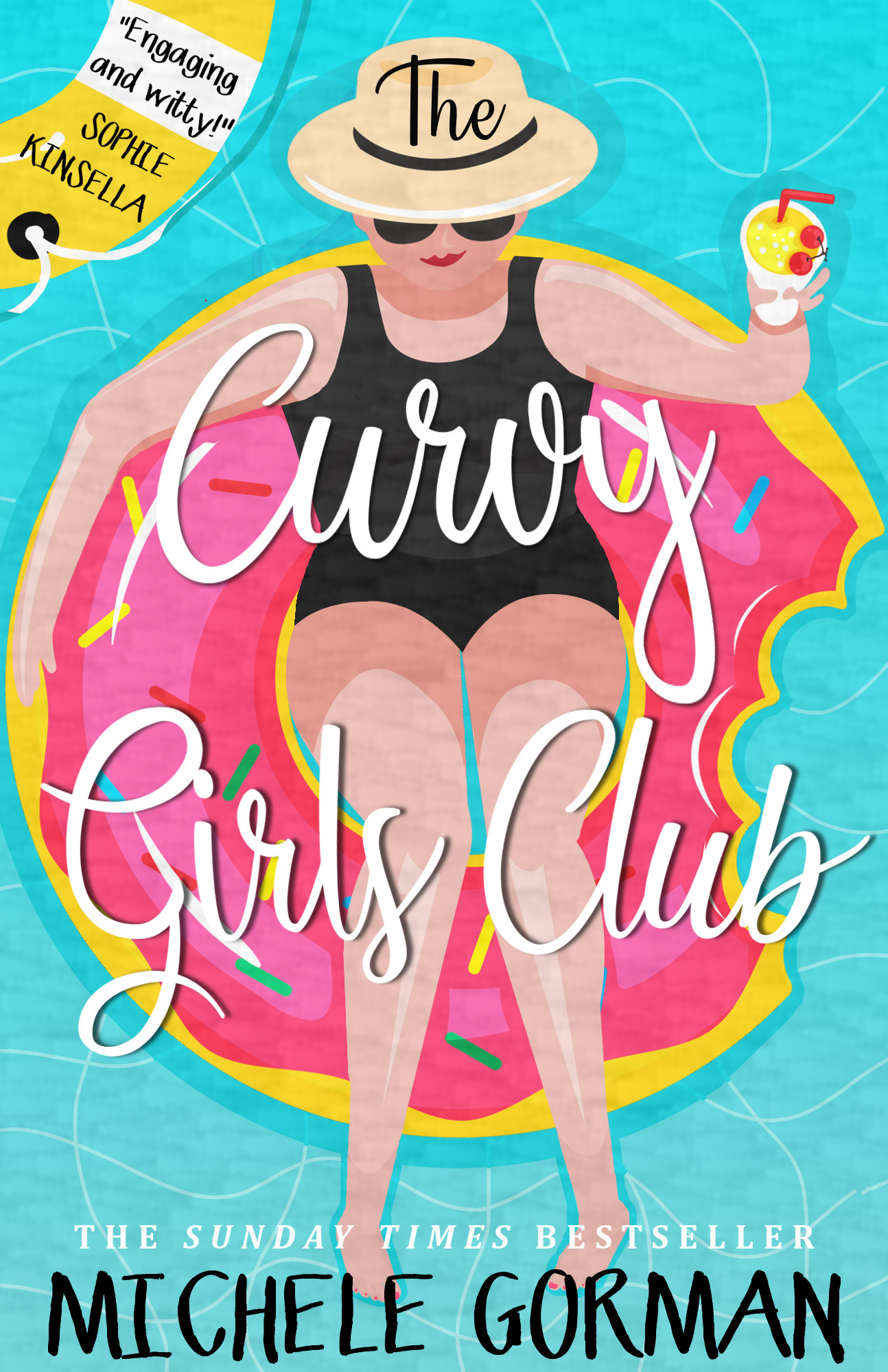 Welcome to the club where size doesn't matter...

Meet best friends Pixie, Ellie, Katie and Jane. Fed up with always struggling to lose weight, they ditch the scales and start a social club where size doesn’t matter. At the Curvy Girls Club, confidence is the new black. Soon it’s the most popular place to be – having fun instead of counting carbs – and the women suddenly find their lives changing in ways they never imagined.

But the club can't stop real life from messing things up. Will these best friends manage to stick together through thick and thin?

"This is a delightful book of friendship, acceptance, and belonging for anyone who has ever wondered: “What if?”" Publishers Weekly

"There’s so much fun and laughter in this book as well as heartache." Novelicious

"The Curvy Girls Club is a down-to-earth tale with characters that seem so incredibly real." Cosmochicklitan

"Gorman reaches the heart of a woman with elegance, wit and honesty." Rabid Readers

"An engaging read that makes you smile with each page turned." My Weekly 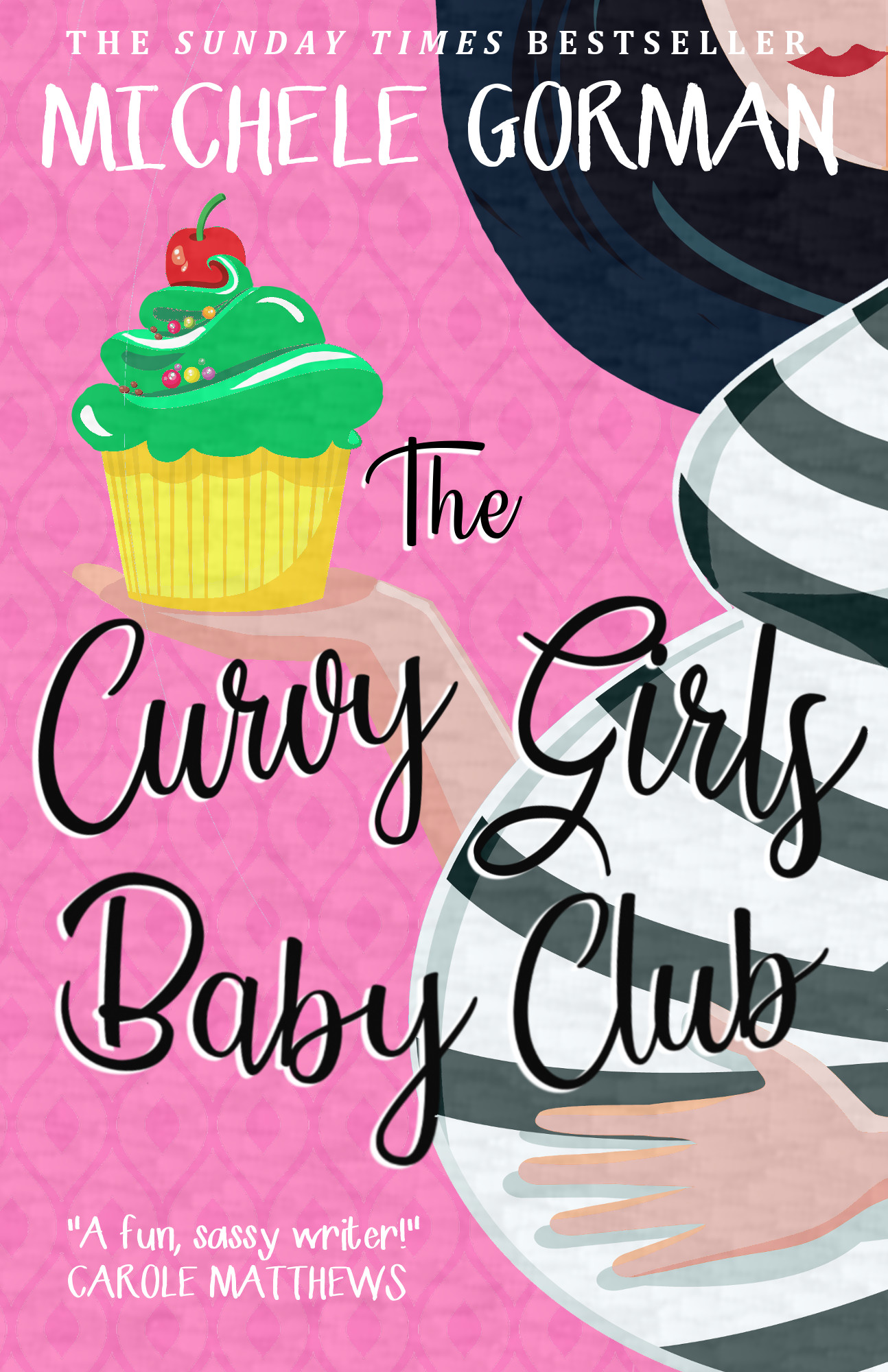 As the co-founders of The Curvy Girls Club, where loving yourself is the only rule, can these friends practice what they preach?

Ellie is fresh back from her honeymoon and can’t wait to share her news with her best friends Katie and Jane. She's going to have a baby on Christmas day! To everyone’s surprise, mother-of-two, Jane, has news of her own… The women will be due a day apart, and Katie can’t wait to be an honorary aunt to the babies.

But as the months go on, everyone is finding it hard to keep their sense of humor, not to mention their self-esteem, in the face of swollen feet and pregnancy pants. Add a clingy mother-in-law, a career in cardiac arrest and a sex life that's making Mother Theresa look lusty, and soon the women's lives are as out of control as their bodies. 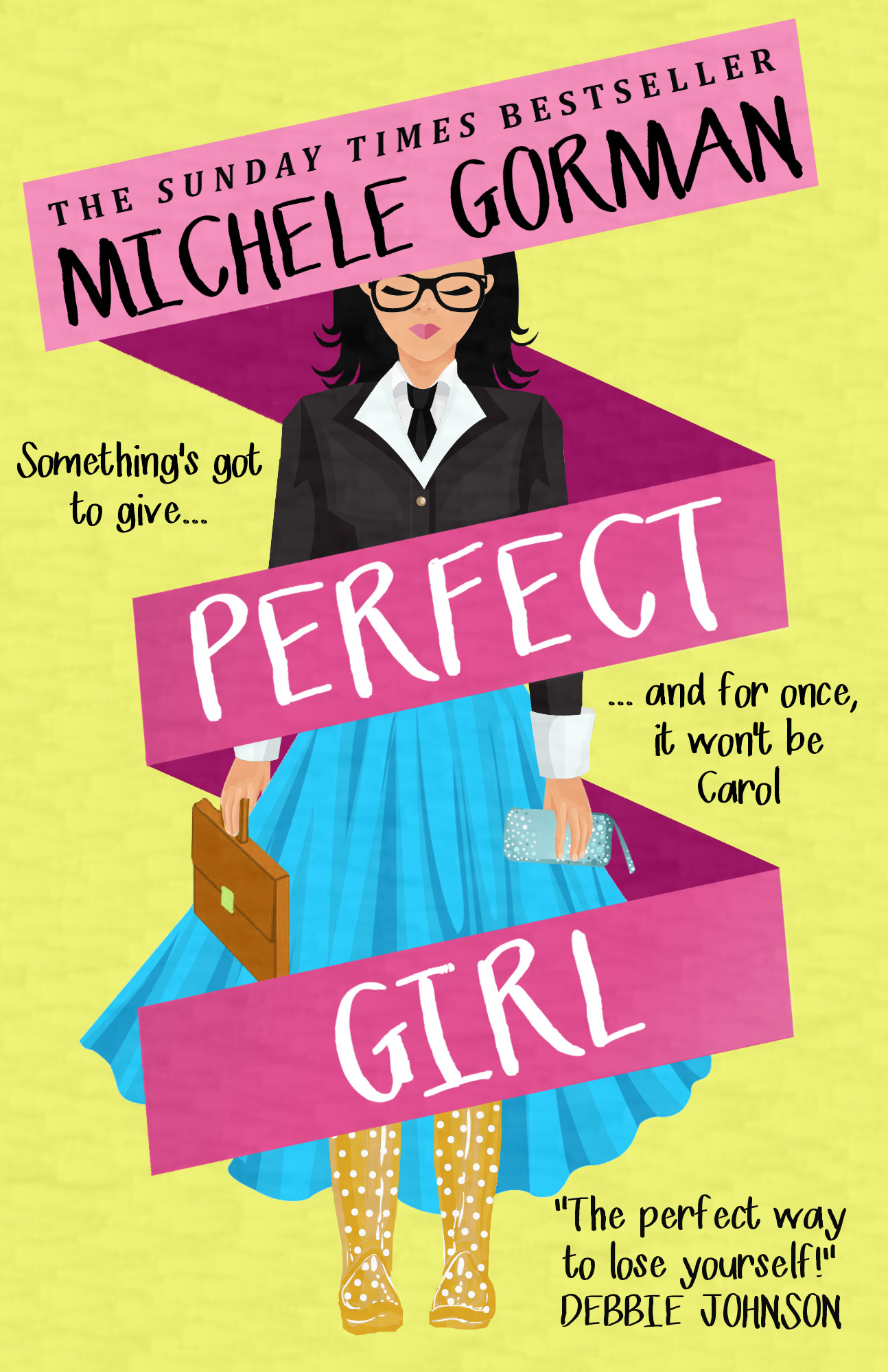 A wickedly funny tale about having it all, whether you want it or not

Carol knows exactly how she got into such a mess. She’s spent her whole life bending over backward for the people she loves. It’s who she’s always been: the perfect daughter, friend, sister, girlfriend. But she’s starting to suspect that nobody appreciates the sacrifices she makes.

Her mum keeps treating her like the family’s personal assistant, her sister has just saddled her with impossible wedding planning and her boyfriend has her single-handedly running their relationship.

At work, she’s dodging handsy clients while everyone else gets credit for her work. There are only so many hours in a day and none of them seem to be hers!

Something’s got to give, and for once it won’t be Carol…

“Michele Gorman is the queen of light hearted, yet thoughtful books with female main characters that are just awesome.” Kritter’s Ramblings

“Vastly entertaining and thought-provoking “ Book Reviews and More by Kathy

“[Carol is] a real heroine for the ages and I loved her story.” Girls Love to Read

“The story was fast paced, full for drama and witty.” Lost in Chick Lit

“Michele Gorman has done it again, she is a fantastic storyteller and brings her stories to life for me.” Chicklit Club

"This book just made me LOL. I highly recommend this one." Chick Lit Plus 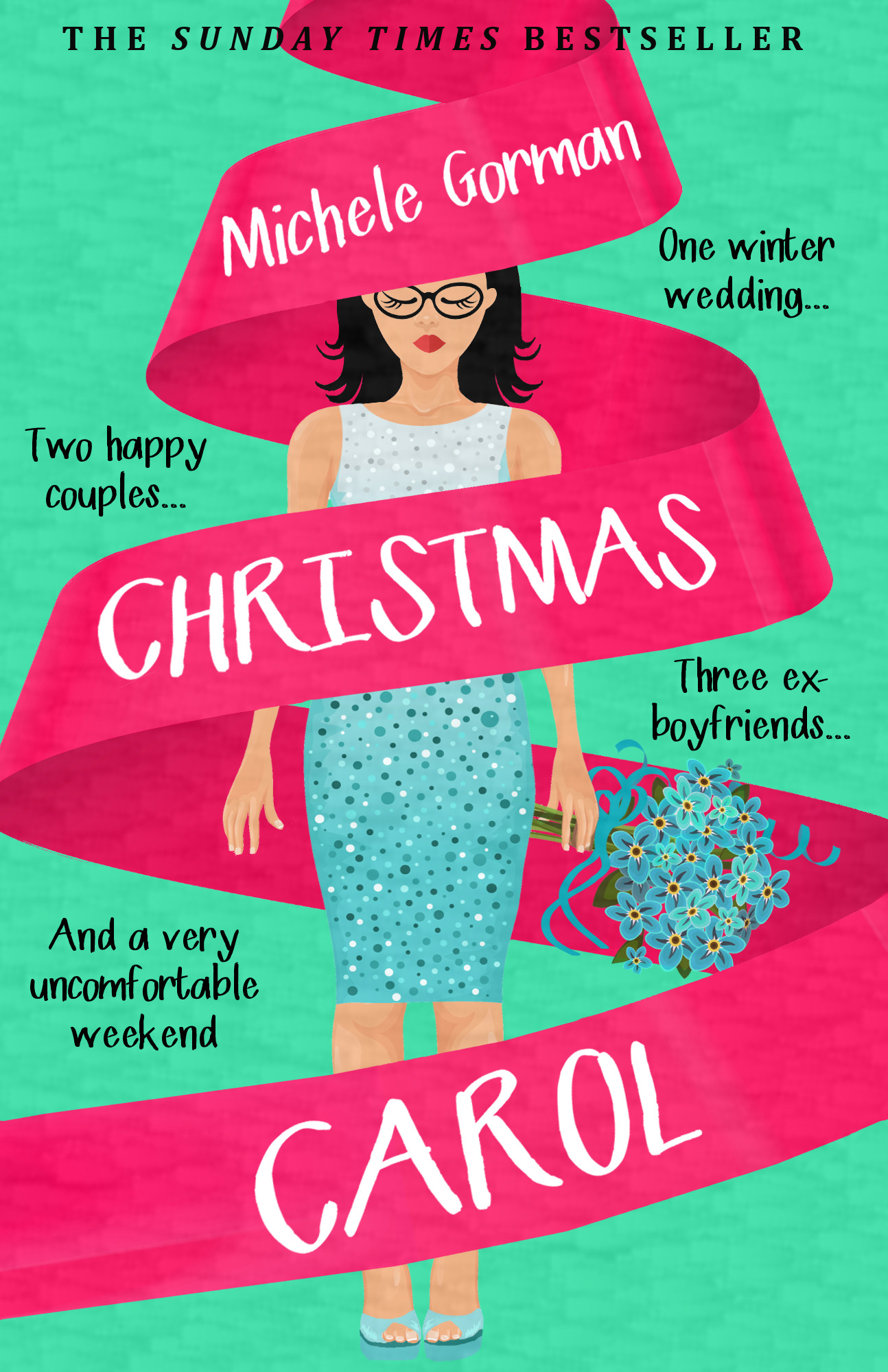 "The difficult thing about Christmas is that it doesn’t come all at once. It builds up like a festive virus until the immune system is overwhelmed. Every year I do my best to protect myself. I wash my hands of any Crimbo activities that aren’t strictly necessary. I don’t share merry drinks and I avoid carols wherever possible. Unfortunately, sometimes there’s such a virulent strain of yuletide that I’ve got no chance. This is one of those years."

Carol hates Christmas. Being recently dumped, she’s not crazy about weddings either. So her sister Marley’s nuptials, over the Christmas weekend, are making her positively Scrooge-like.

When she arrives for the weekend at the stately home in rural Scotland to find her three ex-boyfriends in attendance, Carol comes face-to-face (to face) with her past. That's not exactly the weekend, or the wedding date, she'd hoped for. As the snow falls outside and the fire crackles in the hearth, will Carol get her most wished-for gift? 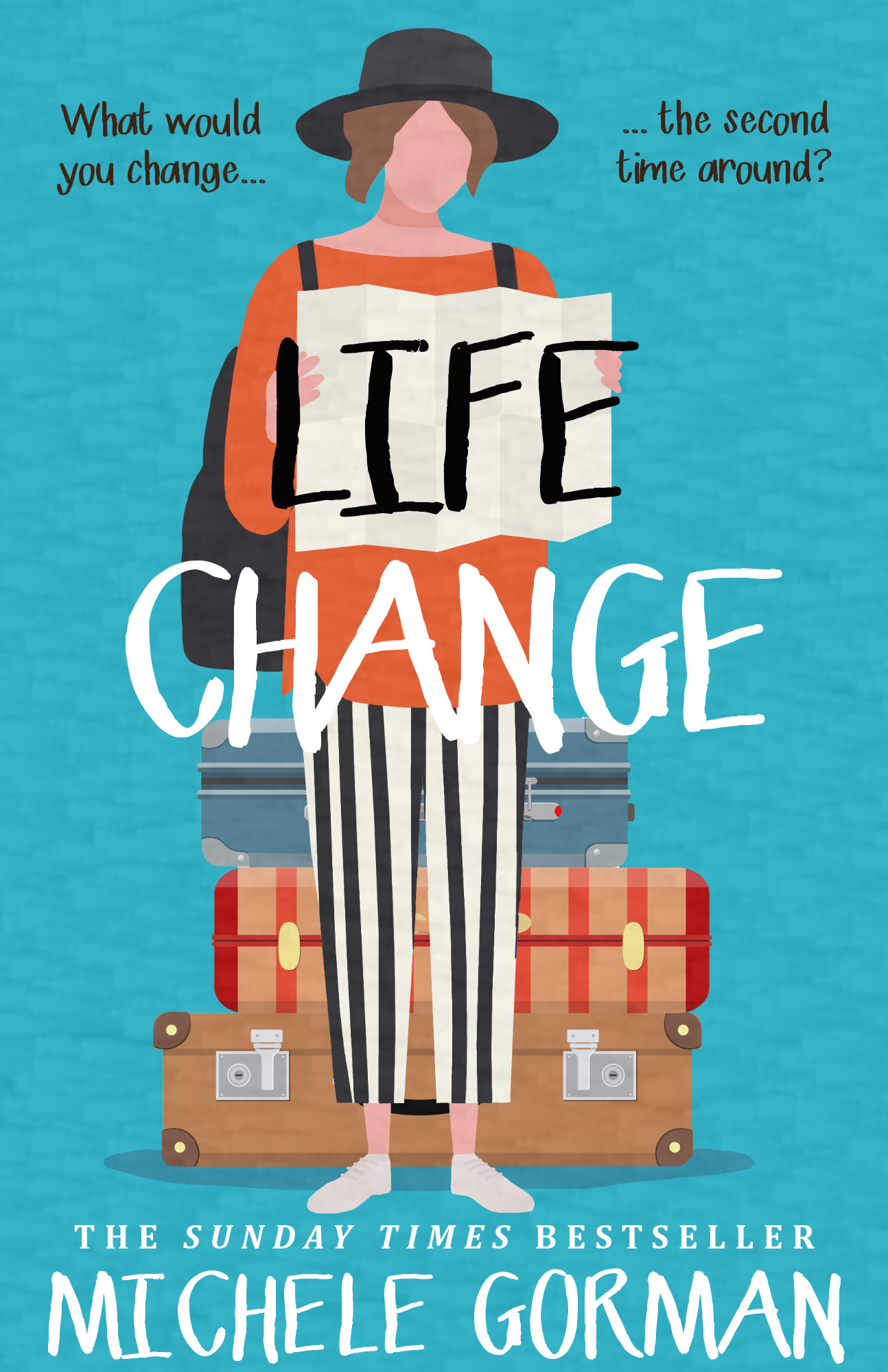 What would you change the second time around?

There’ve been a few changes in Bea’s life lately, starting with accidentally ending her decade-long relationship over a Friday night takeaway. Next goes her flat and then her job. Single, unemployed and living in a rented room, Bea is flying without a safety net for the first time in thirty-eight years.

So what is she supposed to do now that she’s rewound her life to start again?

She has no idea how to date anymore. It’s all gone online and with so much competition at the click of a button, her aging bosom might not be up to the job. People are waxing in places she can’t even reach and posting red carpet-worthy selfies every ten seconds.

She used to dream of a musical career but is only getting gigs as background music for drunks in pubs. And her ex is being a hundred times more charming in trying to win her back than he bothered to be when he had her.

"Witty, well-written and next to impossible to put down.” The Book Chick

“The quirky characters, easy reading, and flowing storyline were all exactly what I was hoping for. I would recommend any of her books.” A Novel Review

“A grown up version of "chick-lit." The characters, especially Bea, are fun and enjoyable, but are based on a degree of reality and maturing that ensures the story stays believable and focused.” Vine Voice

“Filled with quirky characters and a lovely wrap up at the end, this is one for chick lit fans to read! 5 stars.” Chick Lit Plus